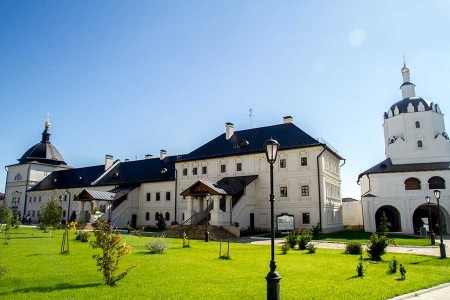 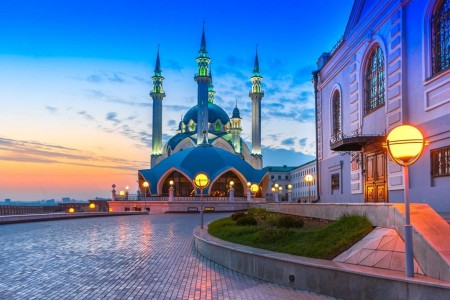 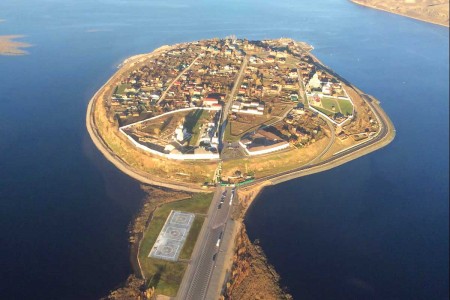 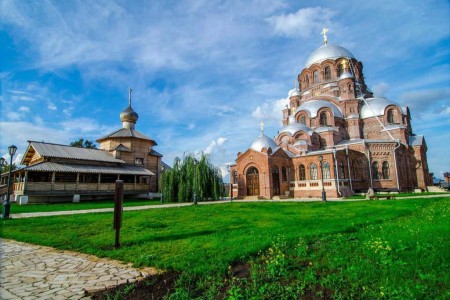 Pushkin’s fairy tales come to life on the Sviyazhsk river island only 60 km from Kazan. Initially, a fortress built by Ivan the Terrible to seize Kazan in the 16th century, Sviyazhsk has grown through the ages into a quintessential place of Russian culture.

The island with less than 300 residents has 37 cultural sights, two of them are currently being considered for UNESCO World Heritage status. Sviyazhsk hosts the oldest Christian church on the Volga, the wooden Trinity Church which was built in 1551 during a single day. Among the beautiful murals of the Uspensky Cathedral rare images of Ivan the Terrible himself can be spotted.

Sviyazhsk bears witness to the worst aspects of the Soviet era, with some of its churches being turned into a prison camp and a mental institution. An extensive and careful restoration since 2010 has brought the island’s churches back to their original function. The solitary and pure nature of the island is preserved with no industry or public transport allowed on the island.